In a high school where I taught about 15 years ago, a new principal started our school year by giving each of us a laminated poster we were to hang in our classrooms. The poster had a stark orange background with thick black print that asked: “When am I ever going to use what you are teaching me today?” Students were encouraged to pose that question anytime to their teachers, reminding both teachers and students that relevancy was a priority and a point of accountability.

Since then, as a teacher and educator, I have used this exercize as a powerful example of how teachers must be accountable to the real-life worlds of their students.

On September 22, 2011, Troy Davis was executed in Georgia. Davis’ guilt has been in question for years, and his execution had received four stays before ultimately taking place. While there are many lessons to be learned about justice from the Troy Davis case, we should take note not only of the lessons but also to who is paying attention to them.

For African American and Latino populations, the Troy Davis case has come to represent the ways in which the prison industrial complex, housing more than two million people, most of whom are men of color, is more a tool of mass social organization than a site of justice or even penal consequence. In media outlets geared toward these demographics that more regularly feature stories about race and racism, the Troy Davis case made headlines long before the day of his execution. Jet and The Economist first starting printing stories about the dubious case against Troy Davis and criticisms of the death penalty beginning in 2008.

In other media outlets, however, such as National Public Radio’s Morning Edition, frequented by an audience of which 60 percent hold college degrees, neither the Troy Davis case nor protests to his execution were mentioned until the morning he was to be executed.

For some, the case was a thunderous reality with a long history. For others, it was a blip.

That night I watched a live feed reporting of the execution on Democracy Now’s website. Twitter updates along the side of the webpage ran throughout the hours leading up to and after the execution, with comments from those who were also watching the day unfold. One father wrote: “rocking and cradling mi hijo de tres años, trembling with what the future holds for him.”

The words of this father, and the sobering name legal scholar Michelle Alexander gives to the social condition in which more than 2 million men of color are imprisoned—“the New Jim Crow”—echoed in my heavy heart as I went to work the next day. The college where I work has an explicit commitment to social justice, and my own department, education, has in particular made explicit commitments to connecting with disenfranchised communities in urban contexts. And yet sadly, on campus that morning, where the students and educators are predominantly white, it was as if Troy Davis had never lived or been killed. It was not in the air, in words, or perhaps even in the consciousness of my colleagues or students. Not as my college department discussed with attention and detail how to justify our department’s work in a review process, not when we discussed hiring priorities for the department. Not even when we discussed school partnerships.

My post-Troy Davis execution day was mimicked in the days of millions around the country It was business as usual. However, when, in the face of great injustice, we continued hurriedly about our daily work, it is not so much as business as usual as it is doing our part to keep a dysfunctional social structure humming along with eerie efficiency.

To some extent, the collective grieving that millions experienced in the wake of Troy Davis’ execution was somewhat assuaged by returning to the rhythms of daily life. This is true of any deep grief or shock; it can sometimes help to get back to work, but my concern is that this is not so much a case of conscious return to work to heal but dysconscious denial that there is a concerted effort to imprison entire sections of the nation in order to support prison and deportation industrial complexes. As an educator, when schools and institutions of higher education work furiously on provincial daily tasks of certification but actively ignore the larger school to prison and school as prison pipeline, we become part of that insidious social engineering.

My former principal was perhaps more prescient than he even knew in choosing the black and orange color scheme for the posters he gave us all those years ago, colors that echo the color scheme of most prison uniforms. And yet now, as I consider the lessons we are learning from the loss of Troy Davis and the binary reaction to that disgrace, I wonder if the poster asked the wrong question. I wonder if it should have read, as James Baldwin warned his nephew in 1964, “How is what you’re teaching me going to help me survive a system poised to destroy me?” 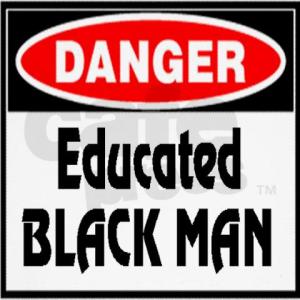 One thought on “Echoes and silences of Troy Davis”